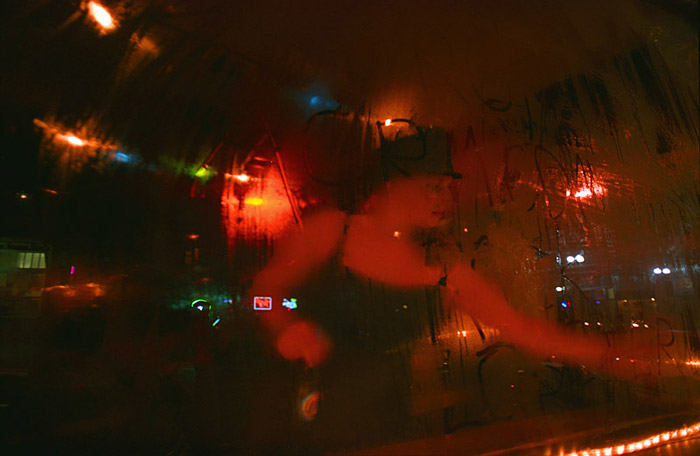 
‘V Fox, a DJ for ACRN, writes "ACRN Rocks" in the condensation on the window of Casa at $2 Prom on April 30, 2004. "I think a lot of times I'd like to pretend we're very different from other groups," says Liz Kozup "But that's a little pretentious and kind of naïve to think that. People are really the same all over."